“We English majors were fortunate in the timing of our intellectual coming of age as Catholic.” – Kenneth L. Woodward

In his writing—as well as in person—long-time religion writer Kenneth L. Woodward is notable for his irreverence, his gruff boldness, his refusal to be pigeon-holed as one thing or another. “For a long time,” he says, “I wrote conservative op-ed pieces for The New York Times, liberal ones for the Wall Street Journal. But given the poisonous polarization in our politics these days and—lets face it—also in the Catholic Church, it’s very hard now for a writer to work both sides of the ideological street.”

Most readers know Woodward from the more than 1000 articles, essays and reviews he wrote for Newsweek, where he was Religion Editor for 38 years, as well as from pieces he has published in journals as diverse in outlook as Commonweal and First Things, The Nation and The Weekly Standard. His more scholarly essays can be found in reference works like The Encyclopedia of Protestantism and the Encyclopedia of the History of Ideas. His new book, Getting Religion: Faith, Culture and Politics from the Age of Eisenhower to the Era of Obama, joins three previous ones: The Book of Miracles: The Meaning of the Miracle Stories in Christianity, Judaism, Buddhism, Hinduism and Islam; Making Saints: How the Catholic Church Determines Who Becomes a Saint, Who Doesn’t, and Why, and Grandparents, Grandchildren: The Vital Connection, written with child psychiatrist Arthur Kornhaber. 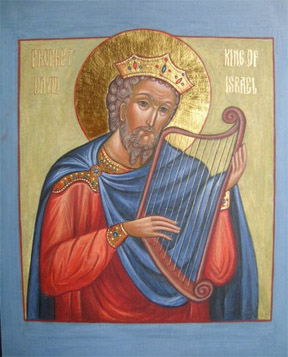 Woodward is from the “Middle West”—which, as he writes in his new book, “is what movie mythmakers have imagined the entire nation to be like when Americans are on their best behavior.” Before moving to New York he had lived in six of the eleven “heartland” states and studied at universities in three of them. At one point he planned to be an academic, but all he really wanted to do is write.

A 1957 graduate of Notre Dame, Woodward never intended to be a journalist. Like a lot of English majors in the Fifties, he says, “I aspired to be a poet, a novelist, or a critic—in that descending order.” As an undergraduate, he was heavily influenced by Frank O’Malley, a much beloved professor of English, and by a number of poets who brought a practitioner’s keen sensibility to bear on the study of literature. “We English majors were fortunate in the timing of our intellectual coming of age as Catholics,” he realizes now. “The Forties and Fifties witnessed a renaissance in Catholic letters: there were Graham Greene and Evelyn Waugh in England, Francois Mauriac and Georges Bernanos in France, to name a few, and at home the early work of Flannery O’Connor, Walker Percy, J.F. Powers and others.”

Under the rubric of “Modern Catholic Writers,” O’Malley had his students read a wide range of authors from James Joyce and Franz Kafka to Dostoevsky, Rimbaud and Rilke—all of whom, he argued, were Catholic in the sense that that they addressed the deepest mysteries of human existence in an authentically religious way. This was a richer, more embedded way of coming to understand what Catholicism means than by studying theology, Woodward argues. “In any case, we had no real theology courses at Notre Dame in the Fifties. What passed for theology were basically study of the moral virtues and advanced high school apologetics.” Today, he observes, the situation is the opposite: “students can take sophisticated courses in Scripture and theology at many Catholics universities but few of them offer sustained immersion in the tradition of Catholic art, thought and literature.”

As Woodward tells it, there was in his undergraduate days an identifiable and quite compelling Catholic intellectual tradition that was recognized outside strictly Catholic precincts. “Modern Thomism was a strong and recognized philosophical tradition, thanks in large part to Jacques Maritain and Étienne Gilson,” he says. “Not only at Notre Dame, but also at the University of Chicago, Yale, and Princeton, you found a reception for Catholic aesthetics.” In 1956, for example, 15,000 students turned out to hear a lecture by Anglo-Catholic poet T.S. Eliot held in the University of Minnesota’s basketball gymnasium. In short, Catholic university students felt they were swimming with, not against, many of the era’s swiftest intellectual currents.

So how exactly did it happen that Woodward became a journalist? Well, right after their wedding, he and his wife did what all aspiring writers do and set sail for Europe. “We spent my wife’s savings bumming around Western Europe,” he says. “We left a twosome and returned a threesome.” Having started a family, Woodward realized he had to make a living. He knew he could write. One of the first pieces he wrote was published in Commonweal. “If you can write for Commonweal, I figured, you could write for anyone.” In 1964 he was hired off a liberal weekly newspaper in Omaha to be Newsweek’s Religion Editor. Oddly enough, the Religion Editor at TIME, his competitor, was also a Notre Dame graduate (five years earlier) who had studied under Frank O’Malley.

Well before he and his wife moved to Chicago in 2012, Woodward had been tipped by former Chicagoans in New York to check out Lumen Christi. He was especially impressed by the fact that it had been created by Catholic faculty at the University of Chicago like David Tracy and Bernard McGinn whose work he knew and long admired.

Woodward thinks it is still possible to have small Catholic colleges imbued with an Incarnational perspective in the liberal arts and sciences—indeed, Notre Dame in his day had only about 5,000 students. But most Catholic universities, he believes, “now are virtually indistinguishable from their secular counterparts. When a Catholic university houses a center or offers a major in Catholic studies, you can conclude that most of the faculty are not Catholic—nor most of the students either—and that the university culture is not particularly interested in the church’s intellectual tradition. “Hence the need and particular salience of places like Lumen Christi,” says Woodward. “May its tribe increase.”

You can hear Kenneth Woodward discuss his new book with Martin Marty on September 27.

There are many ways you can support the Lumen Christi Institute.

Help us spread the light of Christ

Thanks for signing up!